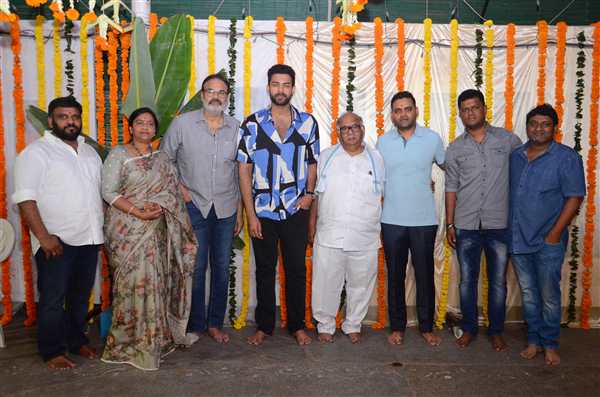 SVCC, one of the leading production houses in Telugu cinema with blockbusters to its credit, has joined forces with two young guns of Tollywood- Varun Tej and director Praveen Sattaru.

Their new film, which is VT12, started off on an auspicious note this morning, in the presence of Varun Tej’s parents Nagababu and Padmaja.

The script was handed over by Nagababu and Padmaja at the muhurath event. While Nagababu gave the first clap, Padmaja switched on the camera. Key members of the cast and crew of the film were present.

Based on a hitherto unexplored subject, the film will have cinematography by Mukesh, musical score by Mickey J Meyer and art work by Avinash Kolla.

Varun Tej is known for his penchant towards different genres and he is happy about partnering with director Praveen Sattaru and SVCC for this new film. Plans are on to carry out the shoot on full swing.

The film, whose title and other details are to be unveiled in the days to come, will be produced on a grand budget by Bapineedu ans BVSN Prasad and presented by Nagababu Konidela.