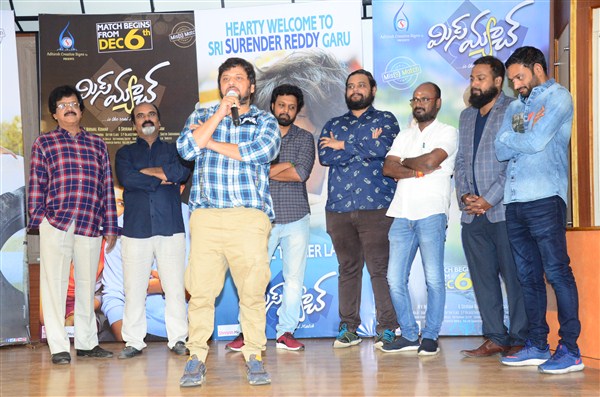 Starring Uday Shankar and Aishwarya Rajesh in lead roles, MisMatch is gearing up for release on December 6th. Adhiroh creative science LLP bankrolled the film. The trailer of the film was unveiled by ace filmmaker Surender Reddy.

The writer of the film, Bhupathi Raja said MisMatch has an interesting subject and will attract family audience.

The music director Gifton said the audio album is a really good one and it has feel-good songs.

The director, Nirmal said this is his first film and hopes the audience will like the film’s theme and content.

The producer sreeram raaju thanked Surender Reddy for releasing the trailer. He thanked the technicians for the brilliant efforts.

The male lead, Uday said the film has enough emotions and gripping elements to keep the viewers engaged all the way through.

Director Surender Reddy said the lead actor, Uday acted well in the film and wished the entire team all the very best for the film. “I hope the film becomes a huge hit,” he said.