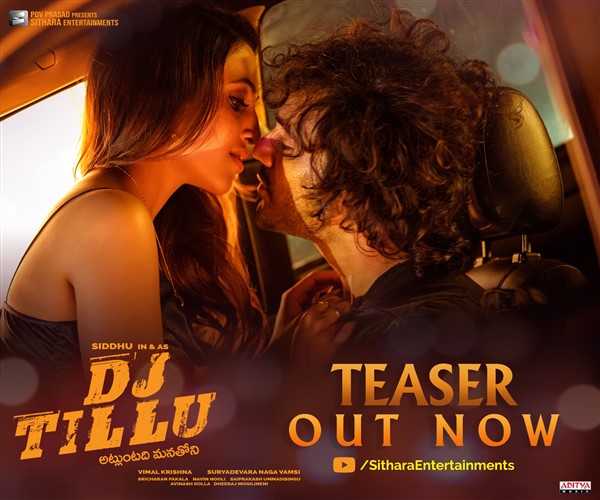 The teaser shows actor siddhu jonnalagadda in a whacky cum massy character portraying as a local hyderabadi DJ. This kind of a character seem to be a fresh dish on the platter of telugu audience..So as the name DJ TILLU,siddhu’s looks and also acting seem top notch and catchy by promising ultimate endless laughs and thrills throughout the runtime. The glimpse of car chase episode looks to be an engaging episode with some stylish visuals by the cinematographer.. sri charan pakala’s music in the background in the teaser in one of the highlights of the teaser which enhances the mood of the upcoming movie,which is helmed by debutant director vimal Krishna who seem to be on the right vision to project his script. This project is produced by suryadevara nagavamsi under the banner of sithara entertainments.. Overall the teaser leaves the viewers on the edge of their seats and has them left waiting for more. The teaser skillfully generates the curiosity of the viewers.