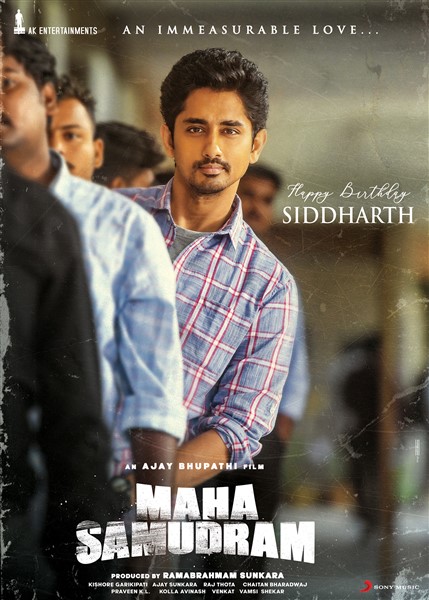 Hero Siddharth waited for ages for a right script for his Tollywood comeback film and he is finally making reappearance in Telugu cinema with the most ambitious project of director Ajay Bhupathi where Sharwanand plays one of the leads.

Maha Samudram is slated for release on August 19th.

OMG Daddy’ from ‘Ala Vaikunthapurramlo’ out now

the GameChanger, baby #Saharshitha as Chitti from ‘FCUK’