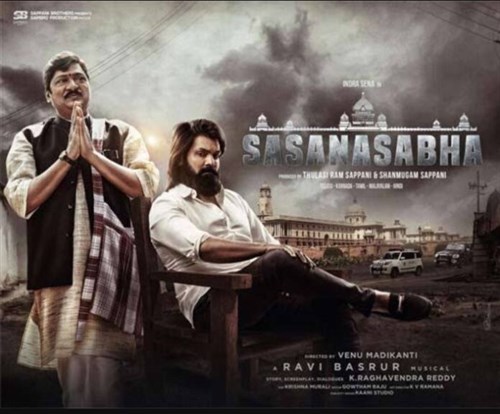 Performances:
Indra Sena who played the main character managed to play his role well. He has done his best in the movie. The action sequences in the film are excellent. Senior actor Rajendra Prasad is a great performer and he played his part well too. He made his presence felt. Aishwarya Raj Bhakuni is good as well. His performance is good too. The other actors like Prudhvi Raj, Sonia Agarwal and Anish Kurivalla have made their presence felt in their characters. The rest of the cast did well too. The film’s first half is better than the second half of the movie. The film had a really promising start but it was not carried well, until the end. There are few boring scenes as well. The flashback is impressive.

Technical Aspects:
The editing has been done well. The songs are impressive and the background score is extraordinary. The music director of the film, Ravi Basrur has given a solid and intensifying back ground score for the film. The camera work by Krishna Murali is good too. Everything has been captured nicely in terms of the camera work. The dialogues are good. The production values are lavish and the film has as strong technical team that aced very well.

Verdict:
The political backdrop is well presented in the film, drawing the audience into the film from the beginning itself. The initial character is well established and the political drama is very much interesting in the movie. The story has been presented well and it has got a lot of scope to entertain the audiences. Some of the dialogue is well written and thought provoking. The social drama has been presented well in the film by cleverly planning and plotting the references to modern politics.

On the whole, Sasanasabha is a political drama that can be suspenseful at times. The first hour has its good moments and it will definitely leave us thinking. Watch out!