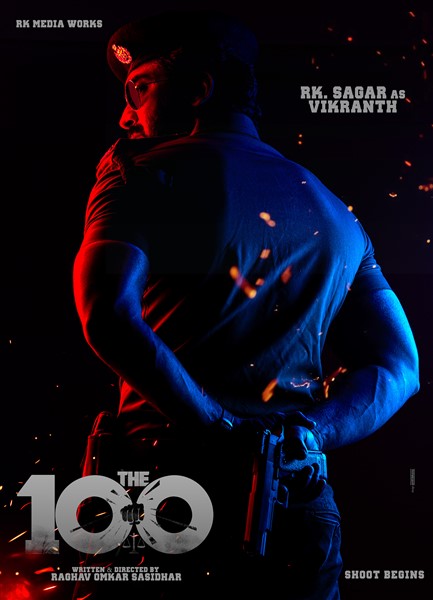 Hero RK Sagar who is enjoying the success of his last movie Shaadi Mubarak joins hands with a debut director Raghav Omkar Sasidhar for an interesting project. Produced by RK Media Works, the film’s title poster is unveiled.

The film is titled intriguingly as ‘The 100’ and RK Sagar is introduced as Vikranth. Sagar plays the role of an IPS officer and he appears in khaki uniform with a gun in his hand in the title poster. He looks intense in this back pose. Going by the poster, Sagar underwent physical transformation as he looks fit and fab here. We can observe a punching hand in the title poster indicating, the film will be high on action.

Billed to be an emotional action thriller, Shyam K Naidu handles cinematography for the film. The regular shoot of ‘The 100’ begins soon.

More details of the film will be unveiled soon.

Vegesna Sathish set to make his OTT debut with a web...