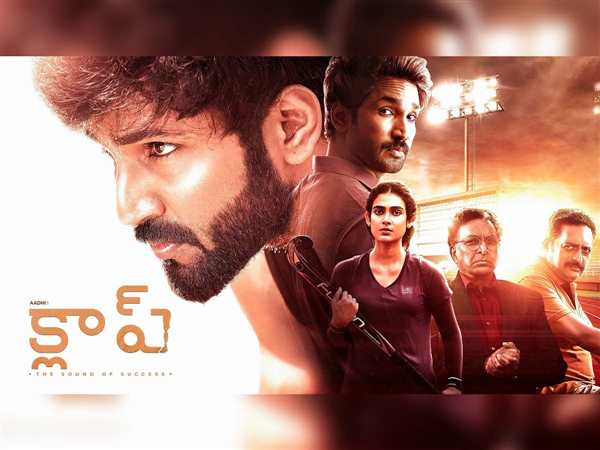 Clap is the new Telugu film that is currently streaming on the Sony Liv platform. Aadi Pinisetty played the lead role in the film which is a sports drama.

Story:
Despite all odds, will Vishnu’s determination help Bagyalakshmi propel her career? Watch Clap, streaming now, on SonyLIV. The film is interesting with a sports drama.

Performances:
In general, sports dramas share a common background and Clap is no exception. But what makes this film worth watching is the way Vishnu overcomes his problems and Bhagyalakshmi wins in the final. The two actors have played their parts very well in the film. Aadhi did well as an athlete with an amputated limb, and Krishna Kurup also put in a decent performance. They entertained th audience a big way. Nasser, Munishkanth, Aakanksha Singh, Mime Gopi also worked well too as per their character limitations. The rest of the cast is impressive and everyone made their presence felt.

Technical aspects:
Prithivi Adithya’s story and direction are almost good. But the riveting drama and intense emotion will make Clap an even more interesting sports drama with much more intensity. The background of Ilaiyaraaja features several scenes, especially the emotional scenes. The score has completely elevated the film. Pravin Kumar’s cinematography is impressive. The editing is good and the production values maintained by the producers are lavish.

Verdict:
While this film has good points, the slow narrative is an obstacle to making it an engaging sports drama. But still, the film holds a strong grip and engages the audience with very good content. The director realistically describes the politics that will develop during the election. The visuals and music are impressive and played a key role in the revival of this film. The production value is also good. Overall, Clap is a predictable sports drama featuring some of the best performances from Aadhi and Krishna Kurup. The film is intense and emotional. It has many interesting elements that one would love to watch in the film. On the whole, the film is impressive and a must watch.