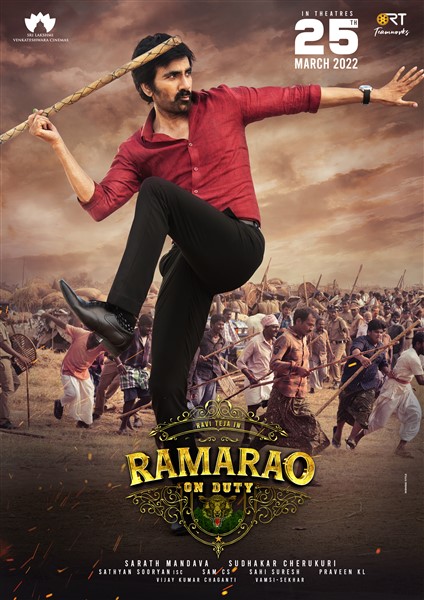 Today, the makers have announced release date of Ramarao On Duty. The film will be hitting the big screens on March 25, 2022. Summer season actually begins with last week of March and in that case Ramarao On Duty begins the summer race in 2022. Dressed in red shirt and black pants, Ravi Teja looks manly in the announcement poster. The pose indicate he is about to throw the stick on someone. A large number of farmers and police are also seen in the poster.

Divyansha Koushik and Rajisha Vijayan are the heroines opposite Ravi Teja in the film where Venu Thottempudi will be seen in a vital role. The film also features some noted actors in important roles.

Music for the flick is by Sam CS, while Sathyan Sooryan ISC cranks the camera. Praveen KL is the editor.