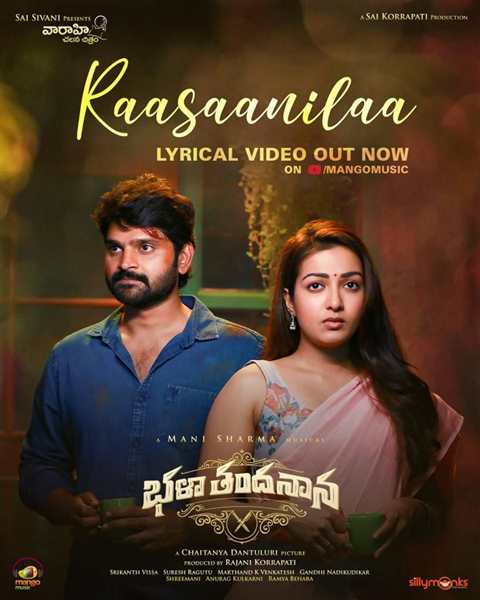 The film’s teaser released by Natural Star Nani impressed one and all, while the first single too got good response. Today, ‘Ustaad’ Ram Pothineni launched lyrical video of Raasaanilaa song from the film. It’s a romantic soulful melody scored by melody brahma Mani Sharma. The song is so musical that we like it instantly. Anurag Kulkarni and Ramya Behara have crooned the number heart-touchingly. Shreemani has penned the song that depicts the romantic feelings of the lead pair- Sree Vishnu and Catherine Tresa.

Sai Korrapati is presenting the film, while Rajani Korrapati is the producer. Srikanth Vissa is the writer, while Suresh Ragutu handles the cinematography. Marthand K Venkatesh is the editor, while Gandhi Nadikudikar is the art director. India’s top stunt director Peter Hein has supervised action part.