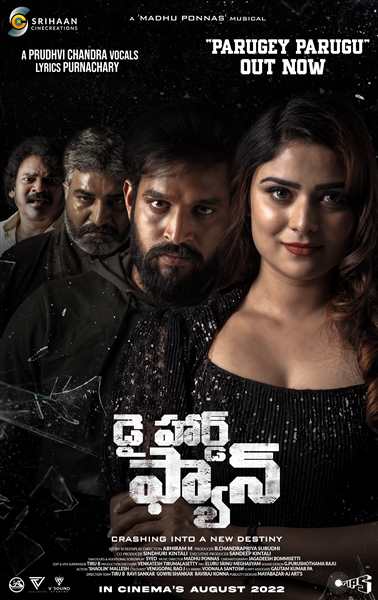 Directed by Abhiram M under the banner of Srihaan Cine Creations, the movie Die Hard Fan stars Shiva Alapati, Priyanka Sharma, Shakalaka Shankar, Rajeev Kanakala and Noyal in the lead roles. Priyanka Sharma is playing the heroine in this film. Siva Alapati is acting as a diehard fan of the heroine. The story of this movie is a suspense comedy drama between the heroine and her fan. Shakalaka Shankar will be seen as Bebamma, and Rajeev Kanakala will play a crucial role in the film. Shakalaka Shankar’s character is laughable throughout the film. The main story of this film is what happens when the heroine accidentally meets her Die Hard Fan. All the characters in this film also revolve around the heroine’s role. The producers made the film without compromising on production values. The twists and turns in the story will thrill the audience. The film is busy with post-production activities. The movie is going to be a complete comedy suspense drama. Madhu Ponnas is composing the music and Syed Tejuddin is penning the lyrics for this movie. Recently star heroine Rakul Preet Singh has released the running song. Rakul said that this song is amazing.. The sounding is amazing. Preparations are being made to bring this film to the audience soon after completing all the programs.

Megha Akash’s mom Bindu Akash turned producer for her next