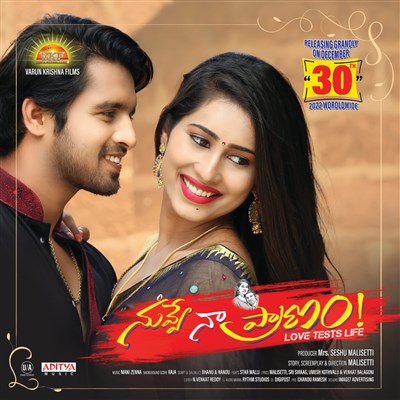 Story:
Sanju (Kiran Raj) is a happy-go-lucky guy who falls for a gynaecologist Kiran (Priya Hegde). However, Kiran refuses the proposal but Kiran continues to further pursue his love. At a later point of time, she comes to know about a big secret of Sanju’s life. What is the secret? Who is Sanju? Did both of them finally fall in love? Forms the story of the movie.

Performances:
The film’s cast is extremely impressive. Everyone performed better in the movie. Kiran Raj and Priya Hegde plays the lead roles in the film. The chemistry between the two is extremely impressive and interesting. The scenes between the two actors came out well. Priya looked good on the screen and she performed very well. Her looks are good and so is the performance. The seasoned actors like Suman and Bhanuchander also performed well in the film. They did well too. The rest of the cast did well and impressed everyone big time.

Technical Aspects:
The technical team too performed very well in the movie. Malishetti is the director of the film. He is very active in terms of coordinating with everyone. The camera work is impressive. The cinematography is extremely nice. The music by Mani Zenna has come out well too. The songs are good and they are impressive. Raja scored the background music for the film. He did a great job and impressed everyone. Venkat Reddy is the editor of the film. He done a great job with the film too. The production values maintained by Varun Krishna Films are grand and lavish. The team did well.

Verdict:
Nuvve Na Praanam is one of the interesting films in the recent times. The film has got a lot of interesting elements. The team worked very hard and came up with a set of interesting sequences that would work big time at the box office. The Telugu film has got a lot of substance that did work well. The movie has performances from everyone in an impressive manner. The story has worked well and the screenplay that has been worked around has come out nicely too. The team did a great job and impressed everyone big time. The film is a winner and the director deserve a lot of appreciation for the same.