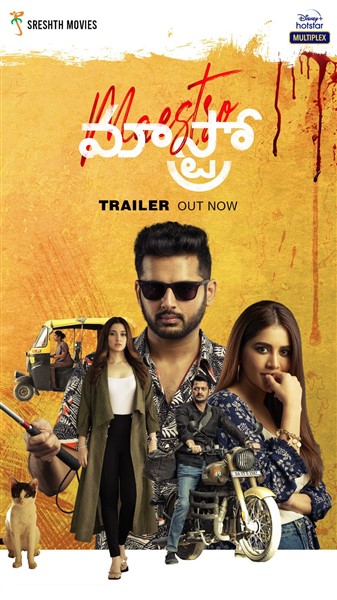 Hero Nithiin will be seen in an atypical role as a blind piano player in his milestone 30th film Maestro directed by talented director Merlapaka Gandhi. The film will release directly on the streaming platform Disney + Hotstar. The film’s trailer is out now.

The trailer introduces all the main characters of the film. It starts off with Nithiin showcasing his skills as an expert piano player. Nabha Natesh is love of his life and she always compliments his compositions. Then comes Tamannaah, the women who will change his life forever. Naresh is her loving husband.

Like every artist, Nithiin too has a secret. He actually pretends to be a blind, but why? Jisshu Sengupta is a police officer who is investigating a murder case and Nithiin is a witness. Tamannaah surprises in a negative shaded role and the last sequence is hilarious.

On the whole, Maestro trailer is extremely entertaining with many thrilling elements. It has romance, twists, humour and other commercial ingredients. The trailer indeed hikes buzz on the film.

J Yuvaraj brings freshness to the narration with his camera work, while Mahati Swara Sagar creates different moods according to the situations with his music.

N Sudhakar Reddy and Nikitha Reddy are producing the film under Shreshth Movies Banner, while Rajkumar Akella is presenting it. The visuals look grand, thanks to high production values.

The makers will soon announce the film’s release date.