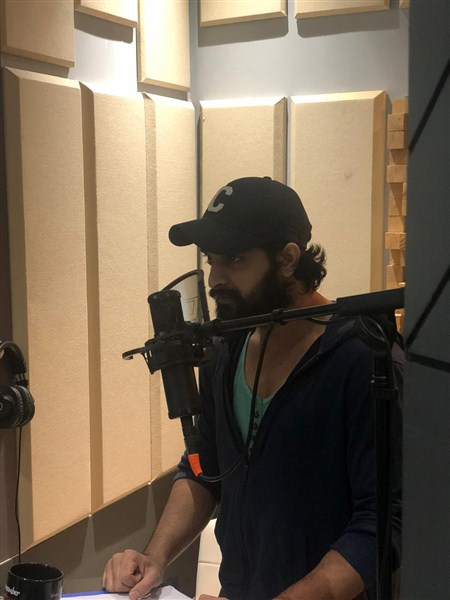 Young hero Naga Shaurya is quite ecstatic with the remarkable response for the teaser and first single Ninne Ninne of his upcoming flick Aswathama. With the additional enthusiasm, he started dubbing for the film.

Based on true incidents, Naga Shaurya penned story, while the directorial responsibilities are given to first timer Ramana Teja who did his job immaculately. In fact, the teaser was engaging all through with some spine chilling elements.

The teaser gave clarity that, the film is not completely an action thriller. A strong message is narrated in most appealing manner.