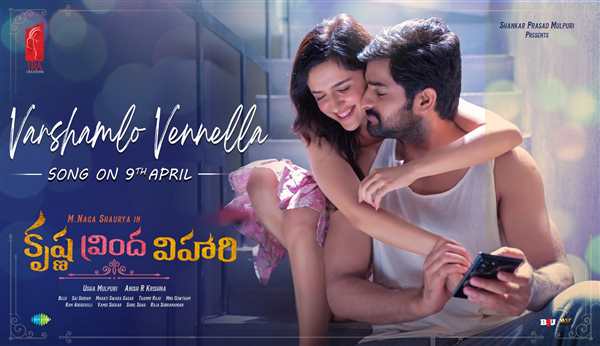 The film’s musical journey begins from April 9th with the team unveiling first song Varshamlo Vennella on that day. It’s going to be a romantic melody on the lead pair- Naga Shaurya and Shirley Setia. Both look charming together. Shirley gives lovely hug to Shaurya from behind and he’s in ecstasy with her act. Mahati Swara Sagar has provided music for the film.

Usha Mulpuri is producing this different rom-com, while Shankar Prasad Mulpuri is presenting it. Sai Sriram is the cinematographer and Tammiraju is the editor.

Radhika will be seen in an important role in the movie.