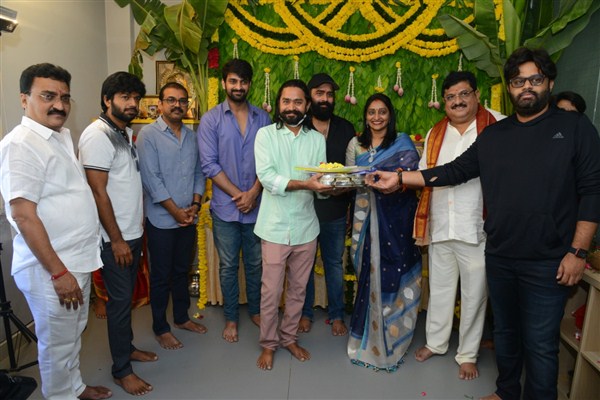 Handsome Actor Naga Shaurya and the talented Director Aneesh Krishna are all set to team up for the next rom-com flick from Ira Creations.

With a formal pooja ceremony in attendance of few prominent industry people, the film has been la

Producer Naga Vamsi has handed over the film’s script to the makers. The muhurtham shot has been directed by Anil Ravipudi, while Koratala sounded the clapboard and Nara Rohit switched on the camera.

The movie is said to be surpassing family entertainer and will be produced by Usha Mulpuri.

For Director Aneesh Krishna this will be the third feature film in his basket.

The Team has also roped in Mahati Swara Sagar to render tunes for this talkie, this squad has previously given us a blockbuster song Choosi Choodangane. Sai Sriram will handle cinematography.

The regular filming will commence from December and other details to be unveiled soon.

Prabhas To celebrate birthday in hyderbad?