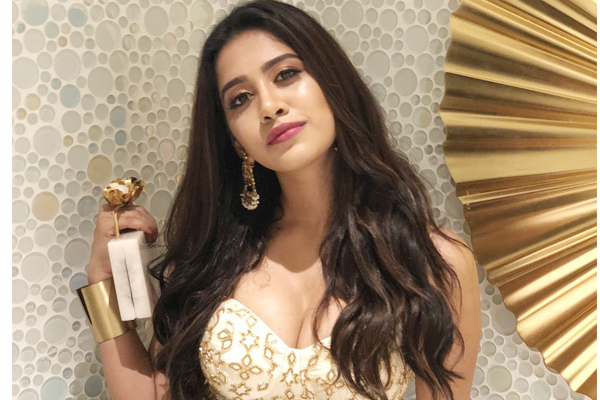 Nabha Natesh is an Indian model and actress who appears predominantly in Kannada and Telugu films. She starred in the 2015 film Vajrakaya. The actress recently scored a big hit in the form of iSmart Shankar. The movie has come up very well and even Nabha has got an interesting name for the work she has done with the movie. Apparently, on the occasion of Vinayaka Chaturthi, the actress took up to the social media and posted a video of the making of a clay Ganesha.

Nabha Natesh has posted the video on social media and became an inspiration for using eco friendly Ganesh. Moreover, Nabha has made one for herself and has put the same on the social media which is quite inspiring. Nabha Natesh is currently busy with the shoot of a new movie Disco Raja starring Ravi Teja in the lead role.