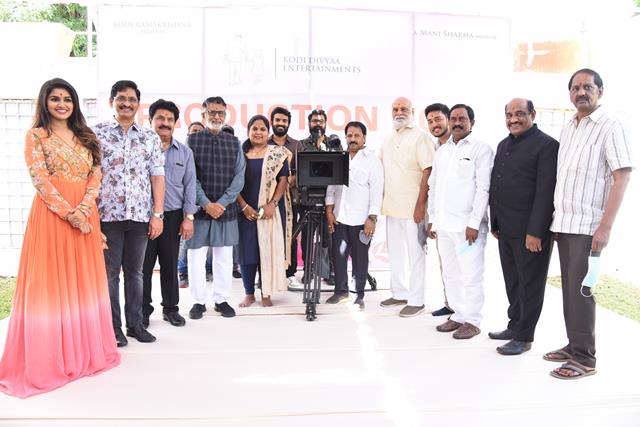 Today, Kodi Divyaa’s maiden production venture, which will have young and happening hero Kiran Abbavaram in the lead role was officially launched. Tentatively tiled Production No. 1, this project was launched at Annapurna Studios, Hyderabad.

Kiran Abbavaram and Sanjana Anand play the lead roles in the film. Karthik Shankar will be directing the film. Melody Bramha Mani Sharma will be composing the music and Raj K Nelli will handle the cinematography. Viplav is the editor. More details about the cast and crew will be out in the days to come.

The Real Ambience Of Mud Race With ‘Muddy’ – Director Dr....