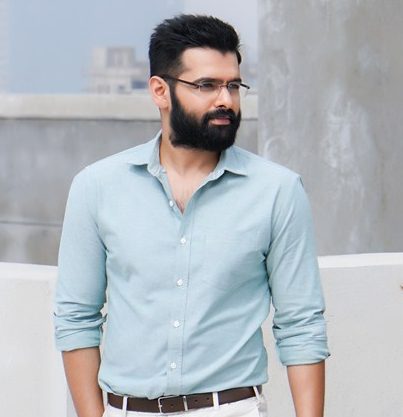 Ram Pothineni’s ‘Red‘ is gearing up for Sankranthi release and the film has gained a lot of buzz and anticipation already. The makers of the action thriller have released a new song titled ‘Kaun Acha Kaun Lucha’ very recently.

As the name suggests, Kaun Acha Kaun Lucha is a hard-hitting song which demonstrates the harsh and unforgiving side of human nature.

The lyrics penned by Kalyan Chakravarty are reminiscent to the modern day modus operandi and they are as dynamic as it gets. Anurag Kulkarni’s vocals paired with Mani Sharma’s music deliver an exquisite output.

The visuals pack a punch as Ram is seen in dual shades. He carries a bearded look and a clean look. There is a sense of excitement and unpredictability in the vibe.

The teasers and trailer of Red have garnered a unanimously positive response from all quarters. ‘Dinchaak’ and ‘Nuvve Nuvve’ songs from the audio album have stuck a chord with listeners.

Red is locked for Sankranthi release and the makers are planning a round of whirlwind promotions starting soon.

Red is directed by Kishore Tirumala and produced by Sravanthi Ravikishore. The film has Ram Pothineni, Nivetha Pethuraj, Malvika Sharma, and Amritha Aiyer in lead roles.