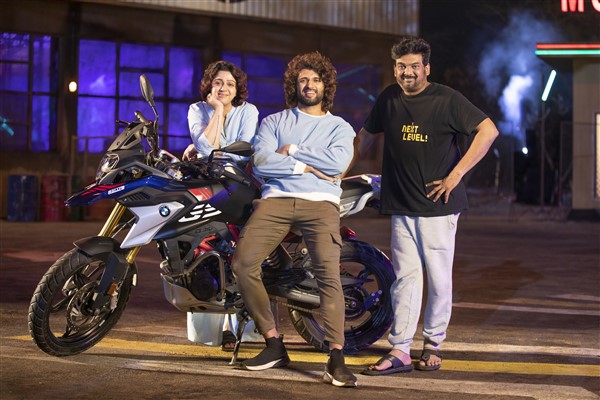 In association with Puri connects, the film is being produced jointly by Bollywood’s leading production house Dharma Productions.

Interim, Liger is done with a big shooting schedule in a massive set erected in Mumbai. Hollywood stunt choreographer Andy Long who worked with Jackie Chan and many other Hollywood actors is roped in to supervise an intense action sequence shot in the schedule.

The makers are planning to begin the next shooting schedule of the film very soon.

Bollywood actress Ananya Pandey is playing the female lead opposite Vijay Deverakonda in the film billed to be an actioner.

Given it is a Pan India film, Puri connects and Dharma Productions are making the film on a grand scale without compromising on budget.

The film in the crazy combination has cinematography handled by Vishnu Sarma.

Ramya Krishnan plays a prominent role in Liger which is being made in Hindi, Telugu, Tamil, Kannada and Malayalam languages.