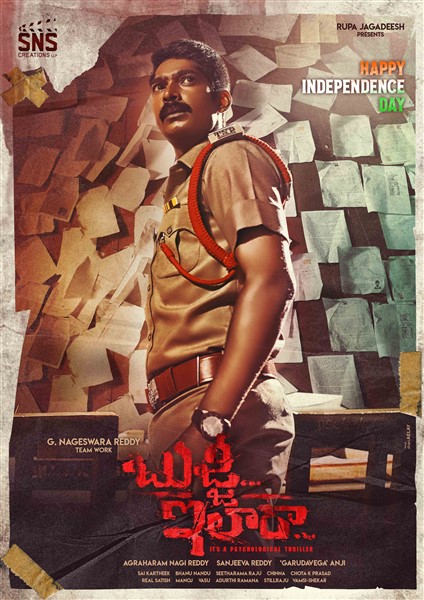 Sunil and Dhanraj are playing lead roles in an upcoming flick titled ‘Bujji Ilaa Raa’. ‘It’s A Psychological Thriller’ is the tagline and the film indeed falls under psychological thriller genre. Chandini Tamilarasan is the leading lady.

The film’s title poster was released few days ago to good response and today Hero Sundeep kishan launched the first look with Dhanraj’s character as CI Keshava Naidu, on the occasion of Independence Day. Dhanraj looks intense as the police officer in the poster, in the backdrop of police station. Going by the poster, Dhanraj plays a serious role in the film.