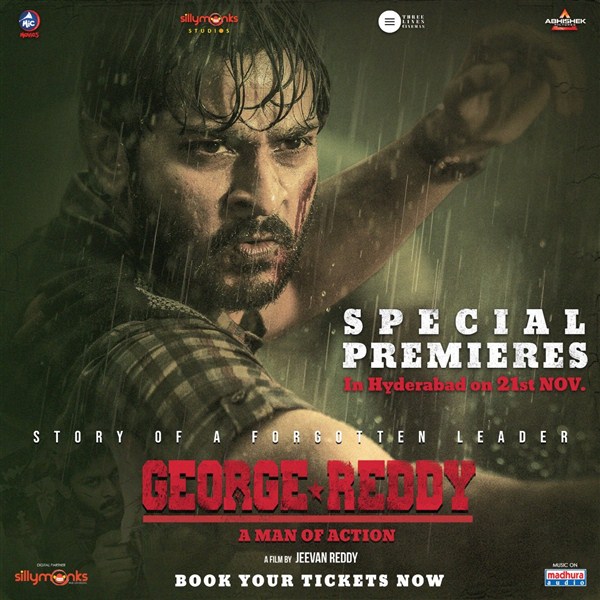 ‘George Reddy’ is an upcoming Telugu film which is the biopic on the popular student leader George Reddy. Mani Ratnam once wrote Suriya’s character in Yuva, basing on the same role. Sandeep who played the lead in Vangaveeti directed by RGV is playing the lead in the film.

Jeevan Reddy is the director of the movie. The latest update is that the makers are premiering the film for the audiences. The film is hitting the screens on 22nd of this month but the paid premiere shows are going to happen on the night of 21st.

More details about the film will be out soon. Keep watching the space for the film’s official review.