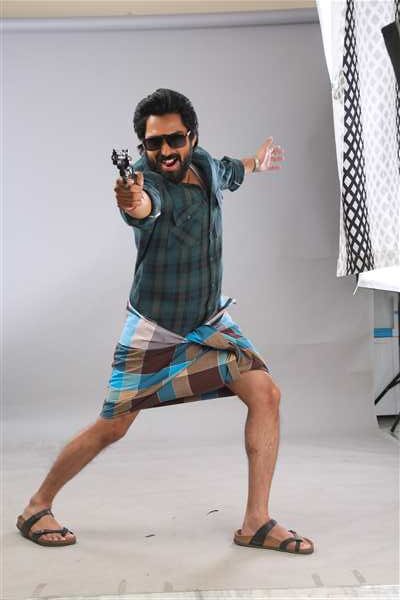 The current trend is not how great the movie is made but how unique the promotion is. Bhaskar Narayana is taking all precautions to attract the audience to the cinema theatres. Introducing Purushottam Raj as a director, Bhootaddham Bhaskar Narayana is a film produced by Snehal Jangala, Shasidhar Kashi, and Karthik Mudumbai jointly under the banners of Million Dreams Creations and Vijay Saraga Productions without compromising on the production values. The first glimpse of the film was released today. Shiva Kandukuri plays the hero role, and Rashi Singh plays the heroine in this movie.
In the first glimpses released today, Indra, along with Narada, will come to Vishnu, who is on Seshapanpu, and the demons are going to descend on the earth in Kaliyuga. Lord Vishnu to save him from the demons. For that, Narayana said, don’t worry, Indradeva..! Hero Shiva Kandukuri, that’s Bhootadham Bhaskar Narayan’s entry, saying that he was born on earth during Kali Yugam and promised to ensure that no trouble would arise. He wears a shirt, lungi, black glasses and takes a revolver. Bhootadham Bhaskar Narayana gets down from the police jeep, lights a cigarette in style, and impresses everyone. Looking at these glimpses, it looks like an exciting story set in a mythological setting and a detective story set in a rural environment. What does a detective feel like in the village? The same director presented it innovatively. Bhoothadham Bhaskar Narayana is a thrilling entertainment film. Sricharan Pakala and Vijay Bulganin composed the music for this film. Presently the post-production is going on at a fast pace. More details will be given very soon. The film team is preparing to release this film’s teaser, trailer and songs.

Mahesh out, Prabhas in for Geetha Govindam Director ?

RGV to Launch Dragon Token for Ladki, The Dragon Girl