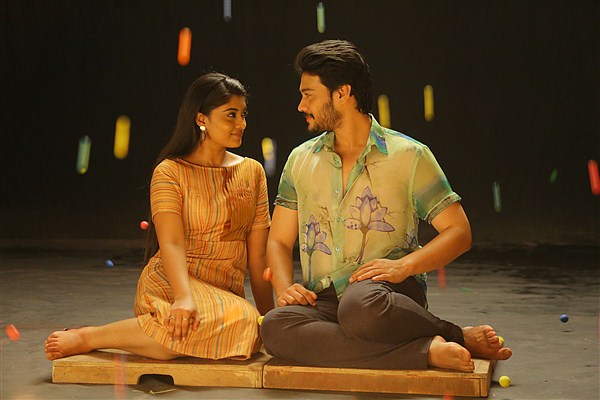 As announced earlier SriRanjithMovies released the song ‘Manasu Katha’ from FCUK (Father Chitti Uma Karthik) movie through police department by Addl. DCP Maddipati Srinivas Garu. Speaking on the occasion Jagapathi Babu Garu said that he has lot of respect for the police dept and it has multiplied multifold for the untiring efforts they have put in during the pandemic in various aspects… The police officials who are always on duty 24/7 365 days upright and stern… we got to see their fun side also as they participated and enjoyed the song sung by Addl. DCP Madapati Srinivas Garu like a professional singer… He reminisced his experiences about the film field and how he feels connected with the song ‘Manasu Katha’. Hero Ram Kartik thanked the police officials for taking time from their busy schedule and explained that Sri Ranjith Movies has taken this initiative as a small token of gratitude for the real life heroes. Director Vidyasagar Raju, Music Director Bheems Ceciroleo, Line Producer Vasu Parimi were present on the occasion. This initiative by producer K L Damodar Prasad Garu to release the songs from his film by real heroes instead of reel heroes has received immense appreciation from all quarters. The earlier songs were released by Doctors, Health and Municipal Workers… The police officials who participated in the program thanked the movie team for recalling the work done by their department officials during the toughest days of the pandemic.