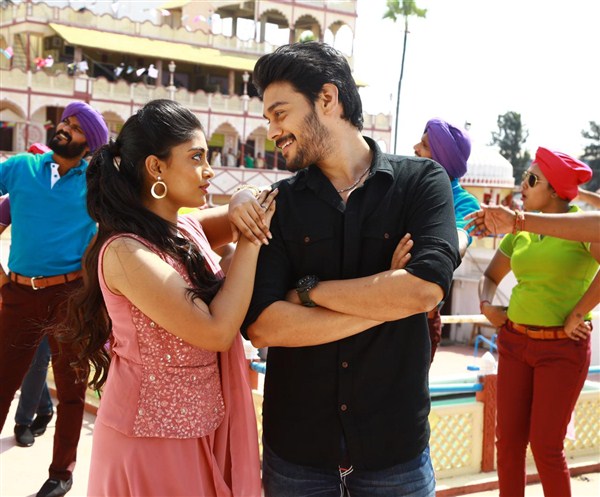 Sri Ranjith Movies F.C.U.K.(Father Chitti Uma Karthik) first vocal song was today released by acclaimed orthopedician Dr. A. V. Gurava Reddy. Speaking on the occasion the movies lead protagonist Jagapathi Babu said that it is a honour that one of the frontline warriors of the Covid 19 pandemic released the first vocal song of his new movie. Dr. Gurava Reddy said that he is very impressed with the songs of the movie and that he is looking forward to see the movie. He released the first vocal song ‘Mhujse selfie Leylo’ and even grooved to its tune. Producer Sri KL Dhamodhar Prasad said that the the decision to release the vocal song in the hands of Covid stars instead of celluloid stars is a small token of gratitude for the yeoman services they rendered. Director Sri. Vidyasagar Raju announced that the team is looking forward to releasing the full song on February 6th. Hero Karthik and Music Director Bheems Ceciroleo thanked Doctor Gurava Reddy for releasing the song.

The song titled ’Selfie Lelo’ was sung by Nakash Aziz and Divya Bhatt. Lyrics are by Aditya while music was composed by Bheems Ceciroleo. The movie stars actor Ram Karthik as the hero and actress Ammu Abhirami as the heroine appear. The director of the movie Vidyasagar Raju who is an acclaimed choreographer himself choreographed this song.