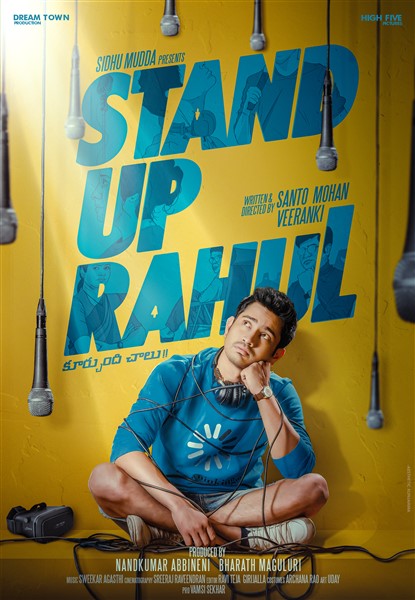 Today, the film’s first look poster has been dropped. Raj Tarun appears as a confused soul sitting on desk with question mark in his face. What grabs our attention is his stylish makeover. He looks uber-cool in clean shaven look with stylish hairdo. While the title sounds interesting, the first look poster looks cool.

Varsha Bollamma plays the leading lady in the film that has music by Sweekar Agasthi, while Sreeraj Raveendran cranks the camera.

Venella Kishore, Murali Sharma, Indraja, Devi Prasad and Madhurima are the other prominent cast of the film.