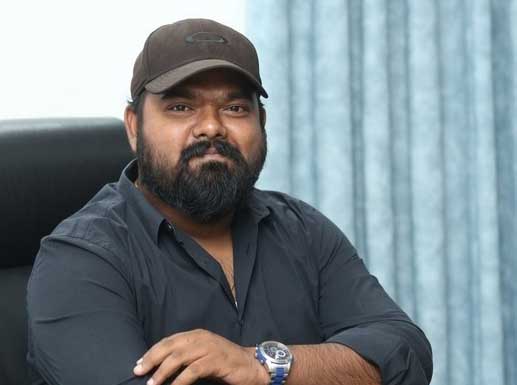 Venky Kudumula is one of the talented filmmakers in the Telugu film industry. The sensational director made his debut with the film Chalo, starring Naga Shaurya. The director is now coming up with a film that stars Nithiin in the lead. Titled Bheeshma, the film has Rashmika Mandanna in the leading lady role. The movie is releasing on the coming Friday. The makers are excited about the way the audiences received the trailer. There is a lot of buzz in the film now. The director interacted with the media today and the following are some excerpts from the interview.

When did you sign the film?
I wanted to do a film with Nithiin. We thought of doing the subjects that I already have. But I wanted to do something new with Nithiin that suits his image. That’s how Bheeshma has come up.

What is the film about?
The film has got decent romance and comedy elements. We see the love in all stories. Although we took organic farming as a concept in the film, we made it an entertaining movie.

Why did you choose Ananth Nag?
I wanted someone who has a royal look and I know him as a fantastic actor. When I approached him, he immediately agreed to do the film and he came on board.

Tell us about the team.
I was very comfortable with the team of Chalo. The cinematographer and music director of the movie are very good and I continued working with them.

What are your next films?
I signed a film with Mythri Movie Makers and UV Creations. I signed one for Sudhakar Mikkilineni garu too. But, I did not confirm on anything. I will reveal the details soon.