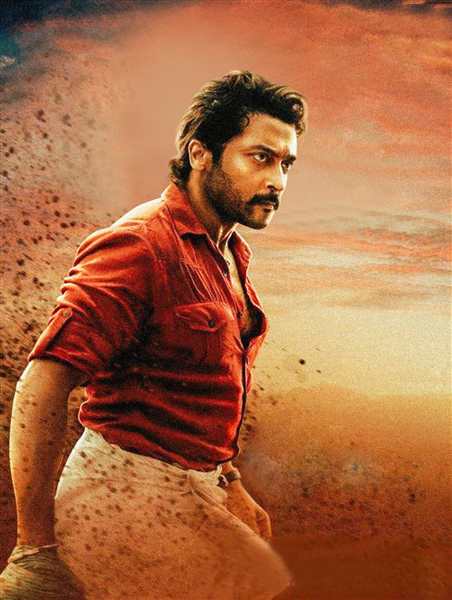 Versatile actor Suriya who enthralled during covid lockdown with two critically acclaimed movies Aakaasam Nee Haddhu Ra and Jai Bhim which both were well received by all section of audience is coming up with an action thriller film ET (Etharkkum Thunindhavan) directed by Pandiraj and produced by Kalanithi Maran under Sun Pictures.

Tollywood’s popular production and distribution house Asian Multiplexes Private Limited has bagged the Telugu rights of the movie. Considering Suriya’s huge market value, the rights of the film titled in Telugu as ET were sold for a fancy price. Along with the Tamil version, the film will have simultaneous release in Telugu on March 10, 2022.

Interestingly, Suriya himself is dubbing for his character and a picture of him in the dubbing studio is going viral on social media.

Priyanka Arul Mohan played Suriya’s love interest in the movie for which R Rathnavelu is the cinematographer and D Imman is the music director. Vinai Rai, Sathyaraj, Rajkiran and Saranya Ponvannan will be seen in crucial roles in the film.

ET will have a grand release in Telugu with Asian Cinemas releasing it here.

*Audience will connect with Father-Son Relationship in ‘FCUK (Father-Chitti-Umaa-Kaarthik)’ – Hero...

Experience the Massiest Trailer from Ram Pothineni’s ‘The Warriorr’