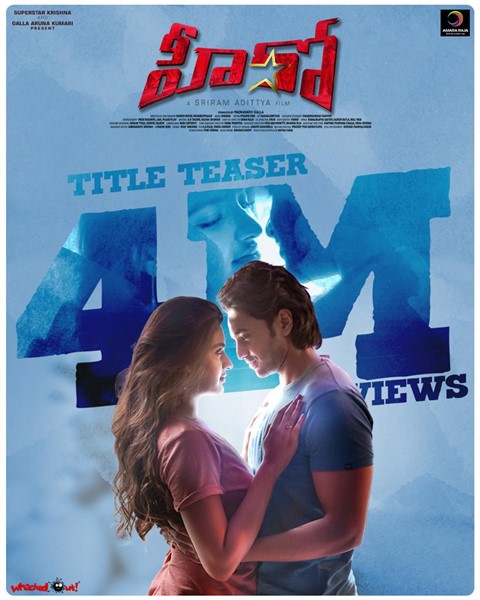 Mahesh Babu unveiled title teaser of the film yesterday and the nearly one-minute video gets overwhelming response from all the corners. The teaser is trending top on YouTube with over 4 million views already. It’s a great attainment for a debut hero’s film.

Ashok Galla impressed big time with his different get-ups, mannerisms, and action, while director Sriram Adittya is acclaimed for his classy making. The teaser hinted Hero is going to be a different entertainer with a unique concept.

Technically, the teaser looked grand with lavish production values, vibrant visuals, terrific background score, brilliant art work etc. In fact, the great work of all the 24 craftsman is witnessed in the teaser.

Ghibran composes music for the film, while Richard Prasad cranks the camera. Chandra Sekhar Ravipati is the Executive Producer.

The film’s shooting is nearing completion and is gearing up for theatrical release.