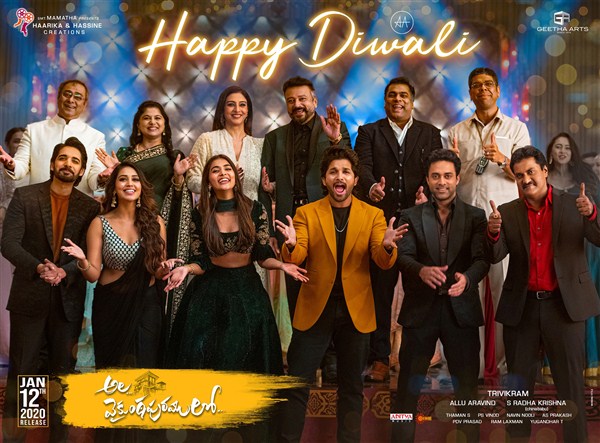 The second audio single from Allu Arjun’s Ala Vaikunthapurramlo, Ramulo Ramula has become an instant hit and the tremendous reception it is receiving from netizens is a testimony of the same.

Ramulo Ramula is now the most viewed song in 24 hours span as it had garnered a cumulative total of 8.3 million views. No other song from South Indian film has received such a stupendous response.

Thaman has hit the bullseye with this peppy number and Allu Arjun’s fans are in love with this track. Both the songs that were released from the album have become huge hits and there’s more to come.
Allu Arjun, music director SS Thaman and the whole team has been delighted with the amazing response for the song and have thanked Telugu music lovers.

Trivikram Srinivas and Allu Arjun have teamed up for the third time for the movie ‘Ala Vaikunthapurramulo’. Produced jointly by Geetha Arts and Haarika & Hassine Creations, this movie, which will hit the screens on 12th January, 2020, has been riding high on expectations.