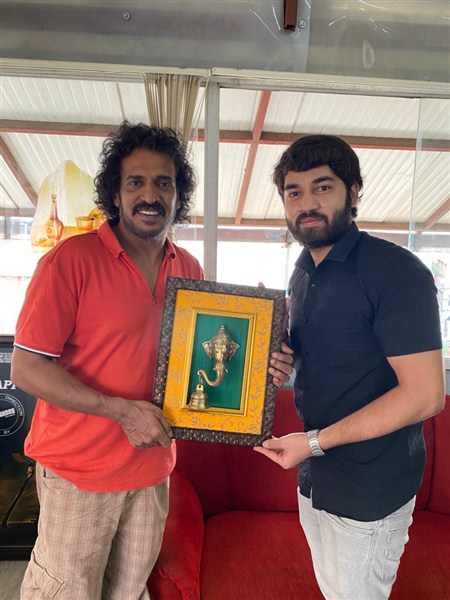 Known to be a Telugu, Kannada bilingual project dubbed in Tamil, “Seethaayanam” is directed by Prabhakar Aaripaka starring Anahitha Bhushan as female lead.

On the occasion, Real Star Upendra says, “Filmed on the story that goes around Love, Crime & Thrilling elements, Seethayanam will be loved by the audience of all genres. Movie lovers who accept new & different conceptual films will instantly connect to this film. The idea of presenting the holy Shloka that wasn’t available in the song format for decades as a song in Telugu, Kannada & Tamil will be well received by everyone. Akshith will surely become as good an actor as his father Shashi Kumar. Akshith is very fortunate to be introduced in 3 languages with his debut film itself. Heartfully wishing a grand success & great fame to the makers of the film.”

Speaking about the insights, Director Prabhakar Aaripaka & producer Mrs. Lalitha Rajyalakshmi says, “ We’re very proud to introduce a great shloka as a song through our film in Telugu, Kannada & Tamil. Music Director Padmanaabh Bhardwaj gave beautiful tunes to it, we’re very sure it’ll be loved by everyone & soon will turn out as a chartbuster. Also, we’re looking forward to releasing the Teaser & Trailer of our Seethayanam soon.”