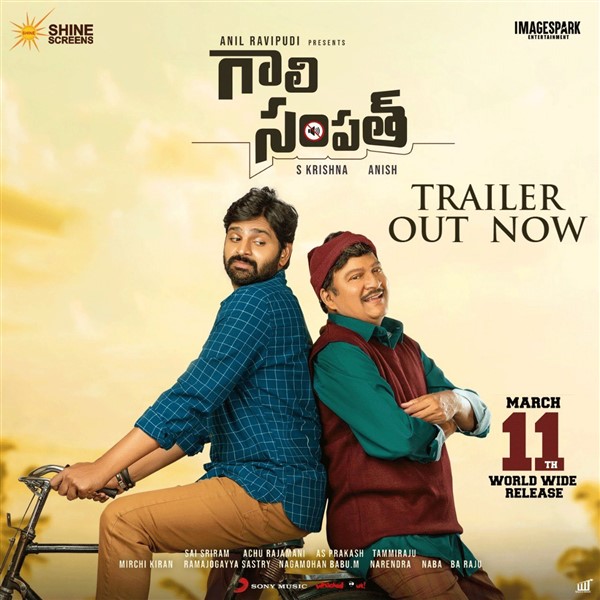 Anil Ravipudi said, ” This trailer gives you a small sneak peek in to what is in store in theaters on March 11th. ‘Gaali Sampath’ is a complete package of fun, emotions and great bonding. Thanks to Rajamouli garu for launching our trailer. Our team is super elated.”

Sree Vishnu said, ” ‘Gaali Sampath’ is honestly a special film for me. Thank you Rajamouli garu for launching our trailer.”