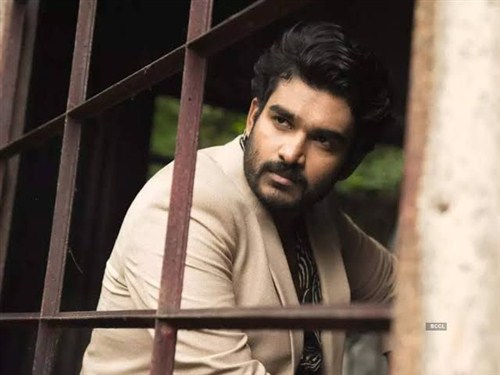 The latest sensation Kiran Abbavaram debuted with “Raja varu Rani Garu” in 2019 which was a decent Hit. He attracted the youth with his innocent acting and nostalgic character. Later in 2021 he came up with a Commercial Family Entertainer, “S.R. Kalyana Mandapam” which was a part of getting back the glory of theatres after covid with huge numbers at the box office and introduced him as a commercial hero. This film brought him huge craze amongst the B C centres and families for the father-son emotions in the film.

After a love story and a commercial film in 2022 he attempted a concept based thriller “Sebastian PC 524” in which he played a night blinded cop, though this attempt in the initial stages of his career was appreciated as an actor, the film did not do well at the box office. Sammathame an urban Rom-Com released on May 24th 2022 was a hit which showcased the modern scenario of relationships and acceptance. This movie attracted multiplex audiences and gained more attention from the female audiences.

During these trials of different genres and decent graph for a new comer “Nenu Meeku Baaga Kavalsinavadini” released on September 16th was a disaster and created a jolt in his career.

After his initial films the audiences expected more from him, with the failure of this one film he was trolled irrespective of the results of his previous works. Despite the result of his last film,he has his place strong among the youngsters and family audiences for his guy next door personality and genuine attempts in his career. This helped him collaborate with few of the biggest production houses.

Recently he has attended a reputed corporate event as a guest and has been approached by a few renowned brands. The actor is in discussion with few of them.

His journey from short films to bucket full of big projects is definitely something to be appreciated. Looking at his lineup with the banners like Mythri Movie Makers, Geetha Arts, AM Rathnam & Asian Cinemas, The actor needs one hit, to enter the Star league. Looks like 2023 is a golden year for the actor.

While all eyes are on “Vinaro bhagyamu Vishnu Katha” which is scheduled for Mahashivaratri Release on Feb 17th 2023, the actor has 2 more releases after this.

Sunny Leone grabs eyeballs with her look in ‘Ginna’